Bada-Bing, Bada-Boom! Thanks to the tool for reminding me about this situation by writing some hateful comments in about how s/he was trying to defeat S 8013, Robert Taylor's Law. Here is some of my testimony on that from earlier this week.

Robert Taylor deserves a bill in his honor. Bruce McKay does not deserve a road named in his.

Did you know that in Boston, they are actually reviewing 5 police cases? Did you know that in NH I wrote this letter (thankfully former) State Rep. Martha McLeod about Civilian Review boards and HB 58 but she never wrote back and hid out with the NH AG's office and trash-talked me with Senior AG Jeffrey Strelzin. Read the emails between them right here. I'll definitely discuss this on my radio show this week or next.

PS: Did you know that while the major media focused on Bode getting a ticket for 83 in a 40 or 50, the bigger issue is that Bruce McKay once tried to serve him a ticket for speeding based on hearsay, and he also caused the Tamarack vans to be title-searched as if they were stolen. He hated all things Miller and Kenney, so when you add that to the 7 Pursuit and OC Spray violations documented herein of course Liko was scared of him, freaked-out and shot him. It's sad and tragic, but hardly rocket-science.

Speaking of rockets, I spoke with Davey last night and he says Chelone is on top of the snow boarding World, and I am happy for him, he's a great kid, animated and just a barrel of laughs. Check him out at Arbor's website. And here's Liko on YouTube talking about him in this 5/11/2009 post: "Cha-lone-eeeee...." 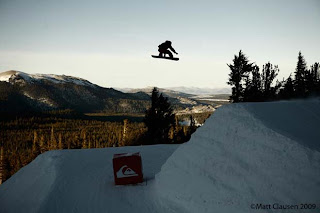 Posted by Christopher King at 3:53 AM