KingCast and three wise men say, "Here come the threats by Jack Middleton and the rest of Kelly Ayotte's lawyers in Free Press racial lawsuit when they are busted for bad arguments." 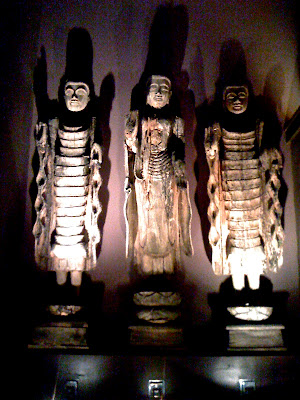 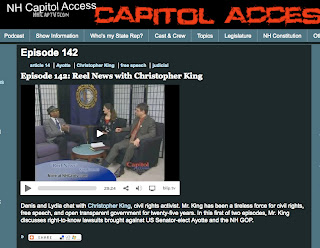 Take a look at this email exchange between Jack Middleton, Jennifer Parent, Gordon MacDonald, Brian Cullen and me. They are so flipping upset that I outed their bogus arguments and the potential conflict of interest and duty to disclose that they now threaten me with Motions for Attorney Fees to defend my Motion for Rule 11 Sanctions as well as my Motion for Disclosure  because Jack Middleton was both Kelly Ayotte's boss and Magistrate Judge Landya McCafferty's boss. These pleadings are all housed here, and as noted in Capitol Access TV Episode 142 "Reel News."
They are now saying that they are even going to seek Attorney fees in response to my Memorandum in Opposition to their frivolous Motions to Dismiss when I'm the only one who pointed to cases on point in the Federal Circuits, and when they only claim that NAACP v. Thompson "may be distinguished" but they never did distinguish it. They think, like most Big Law Firms against a little guy like me, that they can just say whatever they want to and get away with it.

For example, on the First Amendment claims Cullen cites to State v. Dupuy, 118 N.H. 848 (1978), a case that does not involve political rallies at which some members of the media were allowed but not others. Dupuy was a trespasser at a nuclear power plant -- not a political rally attended by other invited reporters. And Defendant's cited case of Kay v. NH Democratic arty, 821 F.2d  31 (1st Cir. 1987) fails because Kay was attempting to barge in and take a place on the podium, and Plaintiff already agrees that such activity is not supported by law. Again, in the political context the NAACP cases are most instructive, and the same exact holding would be contemplated by  Invisible Empire of the Knights of the Ku Klux Klan, Maryland Chapter v. Town of Thurmont, MD. 700 F.Supp. 281 (1998).
That is complete crap from these people, sheer and utter crap.


You can see more about how these people operate and the big money they give to Kelly Ayotte in yesterday's post, in which I note that she still has substantial contacts with her esrtwhile colleagues as does Judge McCafferty, and ask the reasonable question:
"Did Jack Middleton and McLane, Graf counsel Kelly Ayotte not to file her mandatory disclosure U.S. Senate Financial Statement?"
Excerpt from the emails, the full boat is linked here.

*********************
It is not that I disagree with your right to issue counter-arguments. You can and should do all of that at an appropriate time, as my Memoranda indicates. As to my request for Disclosure, there isn't an attorney I've met who finds my request unreasonable.

As to the hyperlinks I will review them, however I believe most if not all of them go to videos that will never be altered and that may be noted by the YouTube upload information. I will check on those links and get back with you no later than Wednesday morning. As to your threats of Attorney fees, I will await your formal letter and we will proceed on that basis.

It is not just the fact that all of you made counter arguments, it is the fact that you truncated and gerrymandered what I pled in so doing, as I noted on the public access show currently running.

Again, I didn't fall off a turnip truck yesterday or any other day for that matter. Unless of Course you want to argue that somehow cases like this are irrelevant because they occur in another District.


Posted by Christopher King at 9:39 AM