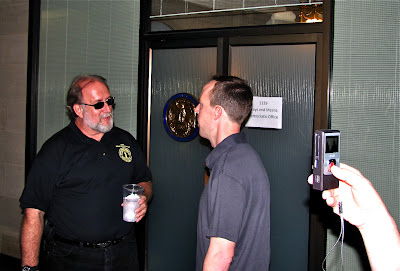 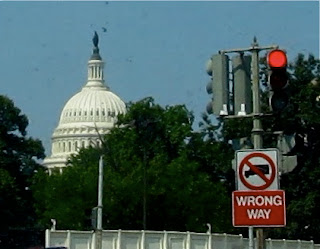 Background: I emailed Harvard Professor Elizabeth Warren on this. Check out this WashPost story on the CFPA.

Note:
The first salvo has been fired.  The FBI docs are out there circulating and starting to awaken those who were oblivious to the fraud. Now it is time to start the guns blazing on the second round!
WHERE ARE THE INDICTMENTS??
Eric holder has announced there are 5000 coming. WHERE ARE THE INDICTMENTS??
http://www.familysecuritymatters.org/publications/id.5273/pub_detail.asp
NOTE: Roger Tanner informs me of Ohio Case No. 3:94-CV-7202 (ND WD) in which he brought a RICO action and got a Default Judgment in his favor, but the Court has sat on the case and he has neither an appealable order or any real progress.
http://ssgoldstar.websitetoolbox.com/post?id=2391245
He claims that someone had to put the brakes on Judge Dowd for being too progressive so they whited out his name and issued some kind of stay.... it's wild, pulling it up on Pacer now, stay tuned and watch the journal.
Seven Additional Dismissals For Lack of Standing By Judge DOWD on December 11, 2007

Judge David D. DOWD, Jr., dismissed as additional SEVEN (7) Ohio foreclosure cases on December 11, 2007, for failure to show standing.  These cases were:
**************
Note: I haven't decided whether to stop by Senator Kelly Ayotte's Office, largely because it would be a complete waste of time. Update: Actually I did stop by, making a movie for Saturday evening posting. She still hasn't learned from the mortgage-related FRM Ponzi scam, the biggest NH consumer fraud in history that went down on her watch. Kelly Ayotte was held negligent a
s the NH AG, but I wouldn't be surprised if her failure to act was intentional, what with all of those emails she tried to destroy.
Anyway Rod Class and Carl Weston have the ways and means to go forward, and by golly they are stirring it up in D.C. They have a meeting tomorrow (Fri 10 June 2011 at 10am) with members of the House Judiciary Committee. This is UNPRECEDENTED...to get a meeting on such short notice!

If you would like to attend and lend support......then meet outside the Rayburn Building main entrance and hook up with Rod and Carl. Rod and Carl will be in the Rayburn Building Cafeteria from 9:15am....
to a little before 10am in case you're running late. Then onto the meeting in one of the conference rooms.There may be a directory listing the meeting in case you're late, but maybe not. The website for the Rayburn House Office Building: http://www.aoc.gov/cc/cobs/rhob.cfm
KingCast.net and Mortgage Movies are more than happy to memorialize the event, as well as some of the events last week (video), today and many in the future, along with the new Smoke and MERS website there will be a full length documentary movie. In the short run I may even splash a quick movie before morning, it is All Good because as Governor Patrick would say..... together.... we can.
Posted by Christopher King at 8:16 PM