Wait until you see the witness videos, given as if on Oath. 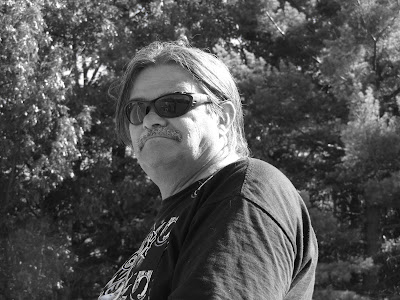 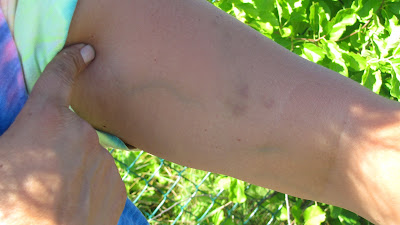 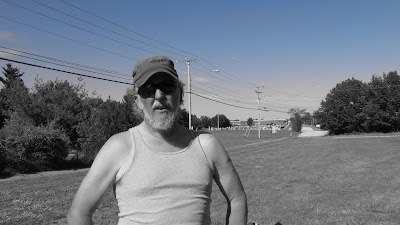 All right folks, as of tomorrow Nashua PD and Attorney Cullen owe me a response to my request for the 2006 porch tapes. And not only that, they owe Mike Cannon access to the original of the 1 July 2011 video he rolled that is now in the custody of Nashua PD. The rules are simple and non-negotiable:


A Defendant is entitled to any and all evidence that might be exculpatory in nature, i.e. tending to disprove the State's version of the facts. Mr. Gannon contends the video will exonerate in the 1 July beat down and macing he took from a couple of Nashua Detectives, so as soon as he files for discovery, he gets it. And when he gets it, I am going to be right there with him reviewing it. Now other than Nashua PD threatening to arrest me at the GOP events I have had only 1 bad experience and I complained on the guy, I will check his name but it might have been Sergeant Provencher, who incredulously told a black fellow "who do you think you are, Johnny Cochran!" as Nashua PD unlawfully withheld evidence. To read more about this case and other relevant background hit the jump page.....

Now I have many LE friends and generally respect the badge if not the individual as noted last night. But a responsible Judiciary is supposed to punish those who abuse the badge but it never happens in New Hampshire. But in this case, even with the NH Supreme Court doing its best to protect LE the case was remanded. State v. Gafney, Nashua District Court No. 2000-453 (April 22, 2002). Note that NH AG Michael Delaney, just like disbarred Duke Prosecutor Mike Nifong, did the same thing another black man's case -- Charles Glenn, involving instances of multiple perjury and illegally withheld evidence and Prosecutorial Misconduct covered up. Watch the Supreme Court video where Justice Daliainis even asks how many more times can this white witness lie..... and Delaney withheld not only the fact that he lied about when he obtained his gun permit but even more importantly, he withheld the fact that Joe Salvatore had illegally discharged a firearm of the same caliber that killed the decedent in that murder case. The Supreme Court and his McLane, Graf lawyers glossed right on over it, you bet. As Mike Gannon would say, "corruption at its finest." I can't wait to video THAT trial.

And of course who can forget the rampant destruction of evidence in State v. Paulhus, where Nashua's finest shot him, violated his Miranda Rights,  posed as NH AGs (without punishment by Kelly Ayotte mind you) and either they or the Stateys destroyed evidence according to forensic specialist Paul Erwin Kish. Settled for something like $80K. They also lied to me about what documents they had in their files but that's for a different day.


Anyway, back to Gafney:


Finally, the defendant contends that the State’s failure to turn over potentially exculpatory evidence violated his right to the due process of law. Prior to trial, the defendant requested from the State all witness statements and all potentially exculpatory materials. After an in camera review of the Nashua Police Department’s Internal Affairs file, the trial court ordered production of the witness statements. At trial, the defendant learned of the existence of a memorandum, drafted by Sergeant Provencher to the department’s internal affairs division, describing the incident with the defendant. The defendant also learned that Captain Hefferan had drafted a complaint form based upon a telephone conversation with the defendant the day after his arrest. The State admits that these documents were not provided to the trial court for in camera review. The defendant argues that the State’s failure to disclose this evidence violated his due process rights by depriving him of a fair trial and therefore should result in the reversal of both convictions.

The State concedes that its failure to disclose the evidence in question was improper and argues that the appropriate remedy is to remand the matter to the trial court for further review. We agree. The substance of the undisclosed evidence remains unclear. As such, we remand this matter to the trial court for the limited purpose of an in camera review of the undisclosed documents. If the trial court discovers evidence that the defendant could have used at trial which would have affected the verdict, it should order a new trial. See, e.g., State v. Gagne, 136 N.H. 101, 106 (1992).
Remanded.
BROCK, C.J., and BRODERICK, DALIANIS and DUGGAN, JJ., concurred.

I'm taking these issues to the FBI, enough is enough. And it may not be local FBI, either.


Note: Interestingly enough, when I got throw whipping tail in State v. Jerry Doyle on a First Amendment Defense Minister Donell Mohammed turned to me and said "Get this here... the Johnny Cochran of Columbus!" Watch it in the vintage American Lawyer movie at KingCast.net. and watch a portion of my Opening Statement on YouTube:

Then note how the Court of Claims determined that my client Michael Isreal was a victim of violent crime at the hands of the Hamilton, OH Police, V96-61481 as we settled the Federal Civil Suit for $57,500.  It was just like what happened here, cops were being jerks, a Defendant said something nasty but far from threatening, and they got beat down. Wach the Jury Walk prep video:

And need I mention you can tell a cop pretty much anything short of a threat and they cannot beat your ass for it. Witness my old friend Regina Sansalone, State v. Sansalone 71 Ohio App.3d 284 (1991), i.e. in response to a bogus ticket "You're a real asshole."
**********
Now I don't make any claims of being Johnny Cochran (RIP) myself but I will say this:


I am Christopher King and KingCast.net of New England, and that was enough for Jerry Doyle and for Michael Isreal back in the day, and today it is enough to get what I want and what Justice Demands. Stay tuned to see what kind of nonsense Nashua offers up, "Oh we can't find the camera.... the video is damaged..... the dog ate it....."


**********
Attorney Cullen's RSA 91-A response that begat my return response on top of this entry:
Chris:
I have reviewed your July 5, 2011 request pursuant to RSA 91-A for the “unlawfully confiscated porch tapes from the Mike Gannon residence.”  Based on your other correspondence, I assume that you mean to refer to audio/video recorded by Mr. Gannon and obtained by the police in June, 2006.  Please be advised that we cannot produce these tapes to you.  The tapes do not fall within the definition of public records under the statute.  Even were they to be considered as such, they would be exempt from disclosure under Lodge v. Knowlton, 118 N.H. 574 (1978), as their release would constitute an unwarranted invasion of privacy of not only Mr. Gannon, who you represent has consented to their release, but the officers recorded on the video, who have not provided you such consent.  In addition, the material recorded concerns an investigation into juvenile criminal investigations, and hence is confidential.  Finally, RSA 570-A:2 prohibits the disclosure of recordings made in violation of the statute.
I have also reviewed your further requests pursuant to RSA 91-A made today for “the July 1, 2011 video shot by Mr. Gannon.”  This video will likewise not be disclosed to you for the reasons set forth above concerning the 2006 video, excepting the juvenile confidentiality.  Moreover, there is a pending investigation and prosecution as to which the referenced video is evidence, and which could be compromised by the release of this evidence to you at this time.  I trust that as you are not licensed in New Hampshire and I believe are suspended in Ohio, you do not actually represent Mr. Gannon in either his criminal defense or in any other capacity, and I am not prosecuting that matter.  Nevertheless, I am confident that Mr. Gannon or his counsel will seek discovery of the video in the context of the criminal case, and leave it to the prosecutor and criminal judge to determine how to address such requests in the course of that action.
Brian
Brian J.S. Cullen, Esq.
CullenCollimore pllc
10 East Pearl Street
Nashua, NH 03060
603-881-5500
www.cullencollimore.com
Posted by Christopher King at 8:24 AM