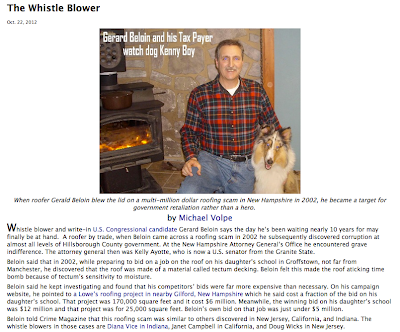 Here is your back story from the 27 October journal entry entitled "Writer Michael Volpe knows Kelly Ayotte is a Dirty lawyer and dirty Pol... that's why he covered the Gerard Beloin whistleblower case." Mr. Beloin and I spoke often throughout his ordeal because Kelly Ayotte was trying (and failing) to imprison me as NAACP Legal Chair at the same time. She's a piece of work, really. And she has also worked her way into a free press First Amendment Appellate case as well, read the brief here.
Posted by Christopher King at 7:05 AM 1 comment:

KingCast sees folks at Twitchy and Twitter understand Kelly Ayotte is an anti-woman, anti-free press hater in the Rice/KingCast cases.

Here is your main journal entry on my First Circuit Court of Appeals Brief in KingCast v. Ayotte, NH GOP and Nashua PD. Here is the discussion about Kelly Ayotte running interference for people with penises in yesterday's feature "Libs Demean Ayotte as 'token woman' in sexist [Susan] Rice inquiry." Now before we get to the brief let me show you how Kelly Ayotte protects people who definitely do not like women in an older video I posted a couple of years ago. And then below the Appellate Brief you will see a current movie about how Politico failed to adequately report the news. Then below the fold is a good Kelly Ayotte "Not Ready for Prime Time" video. In this instance Politico is acting like mainstream press and allowing haters like Kelly Ayotte to make a run against free press that threatens the very foundations of the Fourth Estate. I will not stand for it.KingCast v. Ayotte, NH GOP, Nashua PD First Circuit Free Press Appellate Brief 12-1891

Read more »
Posted by Christopher King at 4:31 AM No comments: 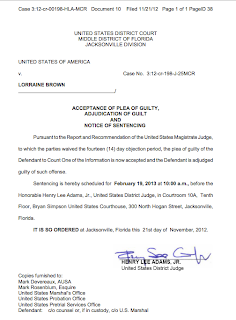 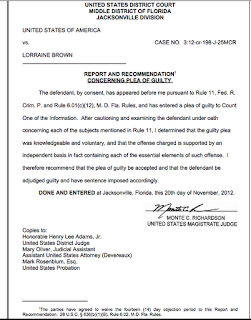 Here is the NYTimes Gretchen Morgenson story along with the U.S. DOJ press release. Did you know that former NH AG Kelly Ayotte had a mortgage task force? Yep, check it out. 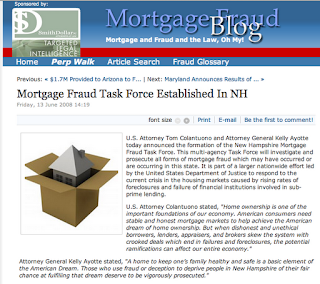 But it was complete nonsense, never did a gosh darn thing, heck she even ignored someone forging my name to a mortgage when I was a licensed Title Insurance Producer, how 'bout them apples, just watch the top video at about 1:44. Politico followed it, and they know she is full of dookie yet they have thus far failed to really get after her as far as her contempt for free press that has landed her in the First Circuit Court of Appeals across from Yours Truly. Read my Appeal Brief and again just watch the video at bottom.

There is also the matter of another DocX Lorraine Brown plea deal in Missouri, below the fold. There are no bankster trials or convictions to report in the U.S., but there are a few in Iceland.... perhaps we need to take note and learn how to do it. The revolution starts on journal pages just like this one. Click to see the Nexis entry on Missouri.

Posted by Christopher King at 6:09 PM No comments:

KingCast prepares to file his First Circuit Federal Appeal in Free Press case against Kelly Ayotte, GOP & Nashua PD... only to see online court filings disappearing from Wepapers and Scribd; it's all bullshit. 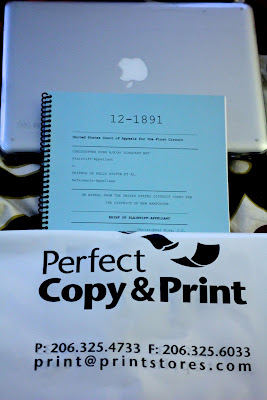 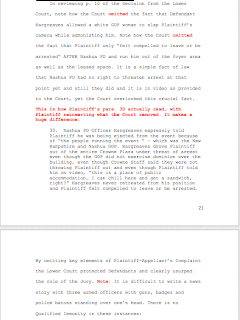 I look forward to your ongoing coverage; you both asked me for updates on when I filed so you could report on the issues at hand, so I trust you both will do the right thing and report on them. Scott I hope you are now sensitized to the issue of whether a case is "frivolous" because if it is the Court does NOT tell both sides to carry their respective costs.

The issues I am raising are complex and serious, including the issue of who paid the Nashua PD to be at the Ayotte events. Certainly I have my detractors in the Internet-O-Sphere but I will tell you this:

A first Amendment dilettante I am not. And when I put pen to paper or finger to keypad the arguments I make are very real and substantial regardless of the outcome, and not only that, they indirectly affect you, Patrick and any other journalist. That is all I have to say at this point.


Very amusing how some folks find my websites... the search terms are hoot:
"Is Kelly Ayotte stupid?"
"Kelly Ayotte jerk" 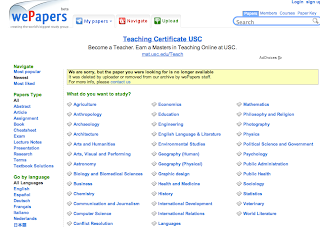 U.S. Senator Kelly Ayotte and the GOP hate free press so much they call the Nashua Police on reporters they don't like at their publicly- advertised events.

John McCain is one of Kelly Ayotte's BFF's, and he likes to eject black reporters from his events for no reason as well, so I'm sure he and Kelly had a good laugh when they did it to me in Nashua at the VFW of all places.... you know, where they celebrate men and women who died fighting for freedoms we hold so dear in this Country.

I'm KingCast.net and I'm proud to be an American. And I approve this message!

So here is the Appellate brief in First Circuit Case No. 12-1891 and the four Assignments of Error are below. Meanwhile, go read this journal entry containing the Second Amended Complaint. Try to click on the link under said complaint and you get the picture above, nice. And this is hardly the first time that shit like this has happened when dealing with the powers-that-be.

To wit, I had an entire journal page dedicated to Kelly Ayotte just disappear about two (2) years ago. And Scribd is infamous for just making my docs disappear. Welcome to America, the land of the free.... but more importantly the home of the brave.

II. The Lower Court committed reversible error by applying Ashcroft v. Iqbal 129 S. Ct. 1937 (2009) and Bell Atlantic v. Twombly, 550 U.S. 544 (2007) to fact-based issues of disparate treatment where Plaintiff has a right to a Jury to determine whether his First Amendment Rights were violated, particularly at the Crowne Plaza and VFW events. 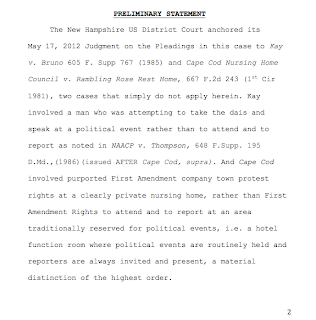 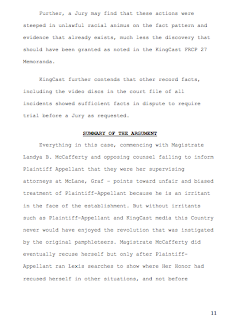 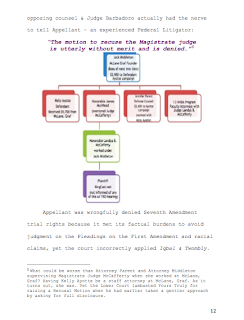 Posted by Christopher King at 1:19 AM No comments: