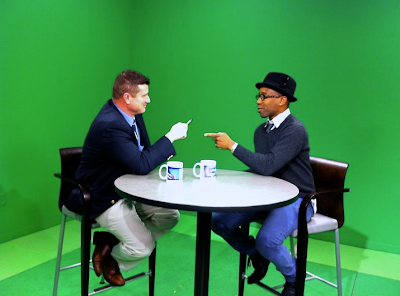 For now watch the movie and read the Patric McCarthy update.
That little boy was straight-up murdered, IMO.
Wait till you see the packet his mother sent me.
Read more. 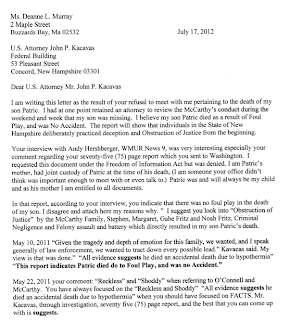 Here is what happened on the way there: 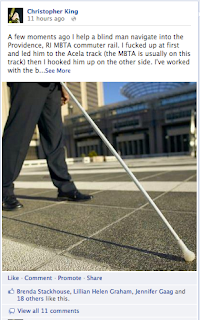 A few moments ago I helped a blind man navigate into the Providence, RI MBTA commuter rail. I fucked up at first and led him to the Acela track (the MBTA is usually on this track) then I hooked him up on the other side. I've worked with the blind on a few occasions growing up and as I alternately placed my hand on his back and held his hand in rough traffic I was amazed by how no one else made an effort to give him a suitable berth to swing his cane. I imagined what that would be like to be him, day in day out, and he even held a sense of humor when I was telling him "okay when you get to the top you'll see...." We both broke out laughing. If he is on the train when I get to Boston I will repeat the process; I have a few minutes to spare yo'. So the lesson here is twofold: Be thankful for what you have, and take a goddamn minute sometimes to help those who have less than you. At a minimum, Do No Harm, right. The coolest thing is that when I told him I felt bad that this site was not equipped for the blind he says he has a program that will allow him to follow this journal. Now that's science helping people.

Posted by Christopher King at 8:24 PM