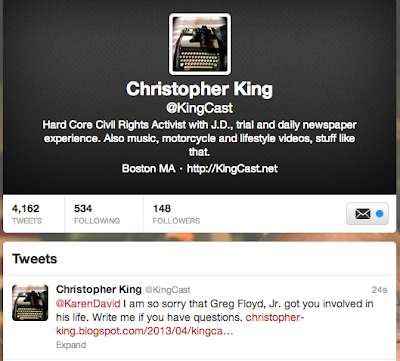 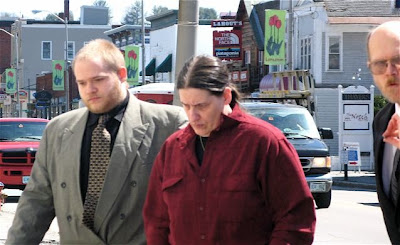 First of all, his father is a freak and in my opinion a murderer, and Senator Kelly Ayotte covered all of that up. Read the real dossier on him; he claimed to have fought in Vietnam but never left Camp Lejeune except to be AWOL. He is also a multiple felon but Kelly Ayotte, then AG of NH, covered all of it up until I came along and filed public information requests to the Department of Safety and got the documents she never published. As a former Assistant AG I know she's a complete farce. The government and the Courts know I'm right too but they help her cover it all up but the facts are the facts.

Here is some back story on Greg Floyd, Jr., who now goes by Greg McIver. Here is his twitter.

Basically, he has invented an identity for himself that is completely false. He claims to have dated the brother of actress Karen David, although no such brother ever existed. Read on from today's email to me.

"Mr. King, thank you very much for reading this. I've watched your video and it is excellent work. I sent this text also to Casey Sherman who wrote a book entitled "Bad Blood, Freedom and Death in the White Mountains." Recently I came to know someone who called himself Greg McIver, whose real name is Greg Floyd, Jr., son of the man who was involved in the [Franconia] shootings. 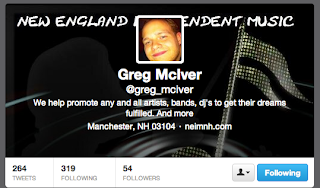 Any assistance you can offer is greatly appreciated. Not long ago, a person by the name of Greg McIver came into the lives of my wife and I. He began dating a friend of ours and we accepted him at our home. Over time, I began to suspect that the stories told by Greg about his life history were false. He claimed to know an actress by the name of Karen David, and claimed to have been engaged to a brother of hers named Justin. He claimed to have a music background and to have recorded with them.  http://www.reverbnation.com/gregmciver

To make an extremely long story short, an extensive internet investigation revealed that his entire backstory was a lie, and that Justin David, supposedly someone who passed away in a car accident in 2010, never existed. Furthermore, Karen David's representatives got back to me and informed me that the Facebook pages related to her, her "wife", and Justin that we knew them were not connected to her in any way and that they would be removed. This was followed immediately by a post on her Twitter feed alerting her fans of people impersonating her. 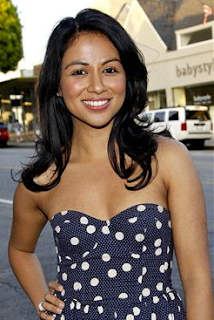 I admit this is a lot to read, but I believe Greg Floyd Jr., aka Greg McIver is a potentially dangerous person. He is currently residing in Manchester with his father, who luckily I have not met. In your research, did you uncover anything about him? Thank you very much for your assistance as I'm having extreme difficulty finding anything on the internet related to Greg Floyd Jr., even through typically solid sources like US Search."
***********
He is a thief that's for certain.
One
Two
Three

What is your number and do I have permission to post this without your name ASAP?
*********
You can post it of course. I will copy/paste you my messages from Karen David's official Facebook page
**********
I think Greg underestimated me.
Greg came into our lives sometime last year.  He became involved with a friend of my wife's that she has known for years.  Over time I began to suspect that what he was telling us was all fictitious.  His backstory seemed to good to be true and it seemed unlikely that someone like Karen David would associate with him.  Here are some basic facts:
First the real Karen David Facebook page:
https://www.facebook.com/KarenDavidMusic
Now my conversation with her representatives:
Me:

To Karen and/or the Admins of your page:
A person has been contacting my wife and I supposing to be you. She/he has a page on Facebook titled Karen E. David visible at this link:
facebook.com/karen.e.david.3 or searchable under "Karen E. David"

They claim that Karen is married to a Rachel O'Connel David and not engaged to music producer Carl Ryden. There are many inconsistencies within the page including family photos which don't make sense. The page also claims that she had a brother Justin David who died in 2010, with which she made albums with:
http://www.facebook.com/pages/Justin-A-David-Offical-Fan-Page/125743850816014

It is my theory at least that Karen has never had a brother named Justin or claimed a brother Greg MacIver, has not made music with either of them, nor has lived in Utah.
Thank you for your help in clarifying this as they claim to be you within their Facebook page and communications with others.

Karen's Admin:
Kevin thank you so much for letting us know. This site you mentioned is in no way connected to Karen, and they are falsely using her identity. We will report this site immediately. Sincerely, XXXX

Me:
Thank you very much for your quick reply. I saw that the sites have been taken down. I have a couple questions if it is ok, as we are still getting angry responses and veiled threats from the people who ran those pages. They claim that the "real" Karen David is angry that her page has been taken down.

My question is, has Karen ever had a brother, one named Justin who passed away in 2010? That is supposedly the connection to her that this person has. They claim that they made music with Justin David and that Justin was Karen's younger brother. The pages associated with him are here:
http://www.facebook.com/pages/Justin-A-David-Offical-Fan-Page/125743850816014
http://www.facebook.com/pages/Justin-A-David-Offical-Fan-Page/125743850816014?id=125743850816014&sk=info

Again, thank you very much for your efforts. I've had my suspicions for some time now, and they have been confirmed.

*********
Yes ASAP and I am going to do a quick video later, what time can you call me... and also I know a young lady in Franconia who was basically stalked by him. She reported him. Keep your people away from him.
Posted by Christopher King at 10:26 AM